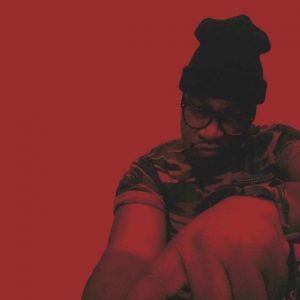 ... as well as the founder and owner of Zodiac Thump Music (ASCAP/BMI) - a digital music label that specializes in electronic music (primarily House music and it's myriad derivative sub-genres *pause for eye-roll*). While still formally training in music theory and musical composition, Libra has always had an uncanny ability to create lush arrangements by ear.

What sparks your creativity?

"There are so many factors, but mainly it's all the music I listen to (mostly Jazz). The illusion of simplicity behind the execution of an art form that can be so complex conceptually always fascinated me. I'm in awe of jazz icons like Miles Davis, Weather Report, Herbie Hancock, Coltrane, Byrd, Spyro Gyra, Bob James, George Benson (one of my favorites), Quincy Jones, and Wes Montgomery. Their ability to invoke feeling through mastery of their instruments always fascinated me. The early musical movements of R&B/Rock groups like Kool & The Gang, Chicago, Supertramp, Earth, Wind & Fire, and Steely Dan all captivated my imagination (all mentioned incorporated or literally embodied extraordinary Jazz aesthetics in their music). I wanted to communicate and move people like that."

What sparked your interest in creating music for film & tv?

"oh man - lemme put it this way - what's the most memorable thing about the show Taxi?  - besides Danny DeVito, LOL - that's right:

"Angela's Theme" by Bob James playing as the cab crosses the Queensboro Bridge!  Or how about the music that permeated episodes of the Cosby Show? Without Grover Washington's "The Huxtable Kids"  or the rest of the "House Full Of Love" album - where is your underscore? Or how about Bobby McFerrin and Stu Gardner's theme contributions to the show? And how about Star Wars? The most memorable thing about Star Wars for me was the music. Without John Williams - it wa s nothing!"  I wanted to do that SO badly. It's not the images - it's the MUSIC that tells you how to feel about what you're watching! How do you know to be scared or shocked or sad without musical cues? What made you cry during the Color Purple? Well, you can ask Quincy Jones about that..."

What are some of your other influences? 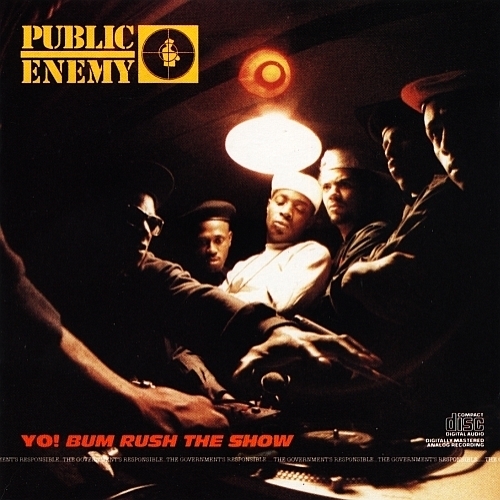 like KRS-1, Public Enemy, Biz Markie, Rakim, MC Lyte, Big Daddy Kane, Roxanne Shante - all shaped my musical aesthetic. Pretty much anything from the 80's is stuck in my psyche, LOLOL.  The Fixx, Men at Work, Kajagoogoo, Duran Duran, Human League, Huey Lewis & The News - you name them. It was all about MTV and the British Invasion (Culture Club, Loose Ends, etc.). I paid special attention to those that defied categorization like Prince, Grace Jones, and those who created what we know as the "British Invasion" of the 80's - Culture Club, Loose Ends, Soul II Soul, and others.

"As with any period  in my life - my musical influences were diversified across many genre classifications. You know - I remember getting up for school and Mom would have the radio on LOUD (because i would go back to sleep in a heartbeat, lol). What she didn't know (or maybe she did) was that I would just lay there and listen to the music (Doobie Brothers, LOL). From the time I got up to the minute I got out the door I would hear

Steely Dan (my all time favorite), 10cc, Fleetwood Mac, ELO, Lynrd Skynrd, Pink Floyd, I mean - the list just goes on and on. I didn't know who these artists were (these were songs from albums that we wouldn't have owned). We lived in an R&B household, so you would find albums by Aretha Franklin, Yarbrough & Peoples, Teddy Pendergrass, LTD, Slave, The Floaters, Brass Construction and others of that ilk in our record case. As a result - as with Jazz - a lot of my musical education in other genres was retrospective. I discovered the cathartic emotion of "Let Us Go Into The House Of The Lord" by Santana, Mahavishnu, & McLaughlin later on in life as well as the uncategorizable genius behind Steely Dan's "Aja".  I connected with the genius of Jimi Hendrix, Led Zeppelin, and many others in this very same manner."

You and House music - tell us about that relationship 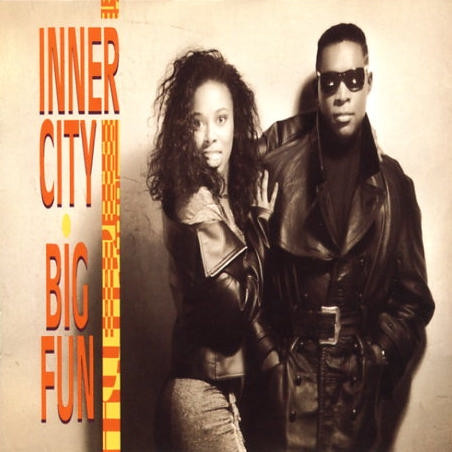 "In my mind, House music appeared to be a natural progression from Disco and I caught on to this correlation early on. I started out as a club head. I was one of those better skilled dancers and was literally in the clubs every weekend. At the time, everyone was caught up in House music. Rappers would put House tracks at the end of their records and the culture was remarkably different then than it is now. Most parties consisted of Hip Hop, R&B, Dancehall, and House. If you didn't include House music in your party, a good chunk of people simply weren't coming -especially ME, LOL. Though I was hopelessly in love with Hip Hop, I cheated viciously with House music. It became life for me. At that time, House music and Dancehall shared the same space among the college party crowd."  Having grown up in Syracuse I never got to experience clubs like Paradise Garage, Better Days, Zanzibar, Tunnel, Sound Factory Bar, etc. - but through the SU students who brought club culture from NYC, NJ, and DC to the campus, I was exposed to as much House music as any die-hard NYC club head! I came up dancing/battling to artists like Raze, Armando, Marshall Jefferson, Mr. Fingers (Larry Heard), A Guy Called Gerald, Inner City, Tyree, Liz Torres, Longsy D, Richie Rich, and many MANY more House artists.

You mention your love for Reggae and Dancehall - how did that happen to a kid from Syracuse?

"LOLOL - well, I have my Uncle Mikey to thank for broadening my musical aesthetic. In a family steeped in traditional Southern Black church culture - he was the "strange" uncle. They listened to gospel and R&B, but when I would go over my grandparents house, I made a 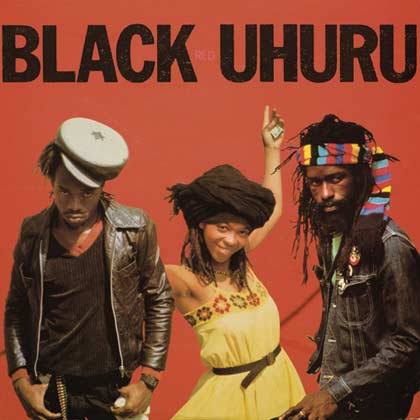 beeline to his room because HE had Grace Jones and Bob Marley and Black Uhuru in his record collection! He had 7" records (I never knew those existed!). He had music that you simply didn't see or hear ANYWHERE else!  I remember seeing dubplates from acts that were just becoming famous at the time like Culture Club, UB40, and Eddy Grant - all of the British acts who were taking the world by storm! If you recall, ALL of these acts incorporated the Reggae sound heavily into their biggest hits. Uncle Mikey had their obscure work (as well as comic books that I stole every chance I got, lol). And as I mentioned previously - partying with the House music crowd introduced me to the logical progression of Reggae - which is Dancehall, and this broadened my perspective. Reggae & Dancehall have informed my style way more than people would think! Artists/Producers such as Beres Hammond, Bob Marley, Skatalites, Prince/King Jammy, Steelie & Clevie, Frankie Paul, Yellowman, Sugar Minnott, Little John - all play a major role in who I am musically! " 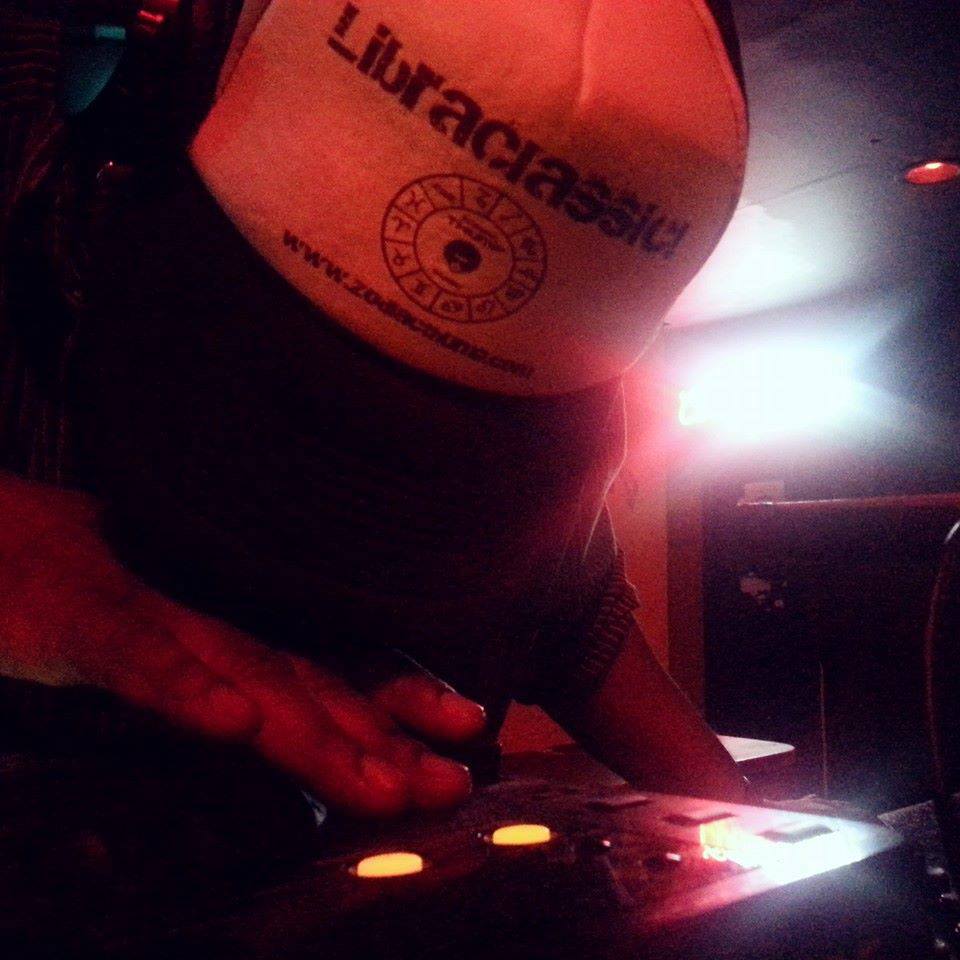 Having spun records OFFICIALLY since 1996, Libra is "classically" trained - meaning: he learned on VINYL! People are often surprised that Libra spins the way he does - incorporating all aspects of the house experience (classics, acapellas, etc.) into one amazing ride through his influences.  Libra doesn't spin just house either! You will find him expertly spinning classic dancehall, reggae, hip hop, soul, jazz, rock, and club classics!

When did you realize you wanted to be a DJ?

" I discovered House music in the late 80's and was hooked instantly. I first heard it on the radio (DJ Kevin Hicks, HixMix on 93Q) and when my older half-brother Eddie brought me to a campus party with him and I saw the House atmosphere for myself, that sealed the deal for me. I became a die hard foaming at the mouth Househead and one of the best House dancers in the area. At the time, everyone (including the rappers) was caught up in House music. Club culture was remarkably different then than it is now. Eddie and a fellow clubhead, Forrest "Getemgump" Webb (a well known and well respected B-boy and DJ veteran), were the first ones to teach me how to spin records. My first set of tables were these belt drive numbers, Lineartechs, I believe, that I bought from a guy named Vinnie in the mid 90's...I had those things for YEARS and then bought some direct drive Numarks (which I still have), so i've always sort of spun on shit, LOL - because I didn't have the money for industry standard Technics. So when it came time to work on some Technics - I was already sort of a pro at it, you know? I don't have any fancy, deep explanation for why I like to DJ. Some of it's ego (any DJ that tells you different is a liar), but most of it is having something to say through music. Every time I spin, there's a message I want to get across and a response that I need to see -  I won't be satisfied until I see that you "get what I'm saying" and I get the response I'm looking for!

Check Out LibraClassic! on MixCloud!